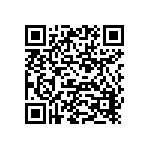 Clicker of the Dead

CLICKER OF THE DEAD - ZOMBIE IDLE GAMEThe zombies have taken over the world! Recruit survivors to help you rebuild the city in this idle clicker game.THEN CAME THE OUTBREAKNo one knows how it started, but you witnessed how the zombies took over the world - and survived! Now, with the cities are all in ruins, it's up to you to save what's left of humanity! Tap your way through the city of the undead and reclaim civilization in one of the best idle games of all time!GROW YOUR CAMPTap to scavenge for food. You can recruit survivors and level them up by feeding them food. Survivors generate food and materials even when you're idle or offline. Materials can be used to construct buildings. Use strategy to figure out which buildings your survivors need. Upgrade the buildings in your camp and rebuild your city.RESCUE MISSIONSOnce you are strong enough, you can send your survivors to missions. You can find various tech plans, tools, weapons, and trinkets that will help you grow your survivors even stronger! Keep an eye out for evolved zombie bosses. They are much harder to defeat, but rewards you with legendary loot.TECH UPGRADESTech plans are like blueprints for a technology. Spend your tech plans to improve your survivors with incremental upgrades. Specialize in different survivor classes including: Camp Leaders, Harvesters, Builders, Guardians and Scavengers.RECRUIT HEROESSome survivors are special. You can recruit them using Hero Tokens. Assign a team of heroic survivors to increase your attack power so you can take on harder missions.START A NEW COLONYOnce your camp is big enough, you can start a new colony and collect Chemical X. Use Chemical X to purchase fantastic inventions that give large bonuses to your entire camp. Build your own city! INVADE OTHER CAMPS IN PVPIn this idle game, you can participate in weekly PVP tournaments. Invade other player's camp, and earn rewards as you climb up the ladder.Clicker game features include: * Tap on screen to generate food.* Recruit survivors using radio calls.* Level up your survivors with food.* Survivors generate food and materials even when you're offline.* Construct new buildings with materials, and customize your city building.* Use class XP to research incremental game upgrades.* Spend gas to go on missions to earn tools & items.* Recruit heroes and form a strike force team.* Invade other players in PVP tournaments.Tap your way to survival and rebuild human civilization! Experience the tribulations of the post-apocalypse in one of the best idle clickers of all time! Summon hundreds of survivors, collect hundreds of equipment, and grow your camp in this zombie-themed idle / clicker / incremental game.
Clicker of the Dead 历史版本