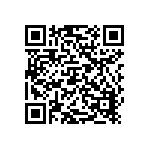 Play as a Special force group leader to counter strike the fierce equipped terrorist oppressors commandos who are occupied with power outage and fighting against your group stronghold. This is one of the best fps game killer from best strategy games. The game will never give you a chance to calmly inhale, so begin shooting until each one of them is down and become a complete shooter! Mission Special 3d commando attack be a best commando as you have been named to demonstrate your expert sharpshooter, AK 47 and many more shooting aptitudes, being a world class rifleman utilize attack weapons with boundless bullets to take a head shot of adversaries. Kill and shoot your foe before they chase you down inside the restricted time in this real shooting gamekiller. The minute you fire it, your one shot will be heard and foe would become more acquainted with about your nearness, so begin shooting until each one of them is down in your various mission! Is it true that you are prepared to take head shots? Military secret 3d adventure is intending to offer you pleasant time while playing thrilling missions and it simulates a genuine fight against militants. Deadly terrorism 3d battle war oppressor group must kill the thread by shooting every one of the foes, which is the militant group. Be careful you have to move quickly and don't give your foes time to shoot you in light of the fact that your life will drop and you will lose the fight when you die. Shooting more adversaries means more opportunities to survive into the armed force action fps mission. It is not only a consistent shooting amusement, you will now figure out how to utilize diverse weapons and shoot quick, before you even begin think. Yes, that is the undertaking: to have the capacity to shoot before considering shooting them. In the event that you point and utilize your shooting aptitudes well, you will have the capacity to give head shots and you will murder the fear mongers straightforwardly. Counter group militant war progress in diversion so as to open new weapons for better massive fights. On the off chance that you play well, grenades are accessible also. There are there diversion modes accessible to players. Desert Mode which you have a restricted time to obliterate the foe, regardless of whether those missions get fail. In the snow and hostages mode, you ought to save the prisoners whom controlled by the terrorist. The last one is city as well as forest mode where you will fight with terrorist from buildings and streets as well. In any case you need to get weapons and propelled an edgy battle with the adversary. This game offers a variety of battle maps, for example, the Desert 2, Ice and Snowflake, the Persian City etc. You will encounter the fabulous battling experience on these maps and will be stunned by realistic splendid fight scenes. This diversion will give interesting guns to you. Which incorporate weapons, for example, assault sniper, Ak47, M4A1 M249 shotgun barrette, sniper, and MP5 etc. All firearms are exceptionally reasonable; I trust it will give you a sense clear shooting background.The operation of the bloody counter strike war is exceptionally cool, the amusement runs smooth, practical sound impacts and a flawless impact certainly gives you a clear shooting experience. Don’t worry about head shot, blood and sound effects everything is great. Each shoot a foe, you will get gold honor. You can utilize coins to purchase more advanced weapons or other helpful things. Your score will be transferred to the rank. Important is that the amusement is free, everything is free. Rapidly get your weapons and experience.Have a great time and secure the nation! This shooting amusement will find your new errand! Features:Free to play for tablet and mobileUltra HD 3d GraphicsRealistic soundsEasy and smooth controlsBeautiful 3d desert, jungle and snow environment
Commando Assault Adventure 历史版本