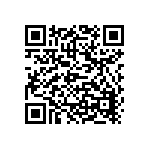 The description of Crowd Town Make the biggest crowd in the town! Bit the record in the battle of crowds! App simulator must be popular among your friends.Best game about people city wars and urban atmosphere especially for you!Features:- Town has 5 types, small and large maps, crowded people walk along the streets.- The city simulator consists of separate town zones (there are a lot of them), where a player men appear.- The running crowd is gradually lagging behind the character and you should wait until other players will not capture it.- This new crowd simulator is free, no money!- The game session has time limit around 2-4 minutes, when it happens - gameover.- No fight against zombies or kill, only people or citizens.- Your goal: crush all enemies in the city and grab the world population.Pick color for your man and run with group of people to collect new persons!Get as much as you can!It one of the best crowd simulation game!Play and enjoy!
Crowd Town 历史版本