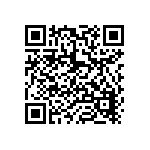 THIS APP DOES NOT COME WITH ROMS- You must have the right to a given ROM before you play it!If you like what I'm doing, then perhaps you would like to help out with donating to me by buying the pro versionhttps://play.google.com/store/apps/details?id=org.dolphinemu.dolphinproUsage guidehttp://forums.dolphin-emu.org/Thread-android-usage-guideOpenGL ES 3 guidehttp://forums.dolphin-emu.org/Thread-opengl-es-3-guideVisit the official Dolphin emulator website at http://dolphin-emu.org/ and receive support in our forums!This is the first OpenGL ES 3 application on the Android Market! The amount of devices that support OpenGL ES 3 is minimal at best. Hardware support will increase in the future as more phones come to market!This is a public preview release of Dolphin the Gamecube and Wii emulator for Android.If you're expecting reasonable speeds out of this, you are sorely mistaken. This will run slow on every single Android device, no matter if it is the most powerful one in the world.Some caveats - It will crash. Alot. - It might need to be force closed and ran multiple times to work. - It will run slowThis app is licensed by the GNU GPL v2, and the full source code is available through the public GIT repository at https://github.com/dolphin-emu/dolphin
Dolphin Emulator 历史版本