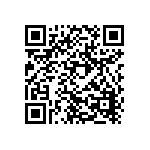 Lead your powerful fleet through countless sea battles against pirates, sea monsters, and players from around the globe with your wisdom and strength in this epic combat strategy game. Command the most iconic warship, destroyer and aircraft in the history and build your own massive naval fleet. Level up important tech modules and prepare to dominate the ocean!Game Features- Construction of naval base!Build a naval base around the world, and defend against enemy attacks.- Naval construction!Build a powerful naval fleet, with more than 15 kinds of warships & 10 kinds of aircraft carriers.- Form powerful Alliances!Join players around the world and embark with friends and allies to rule the Ocean!- Great rewards! Join in frequent activities from which you can get various free gifts.- Players vs. Players Epic Wars.Battle it out on a global scale! Friend or enemy, it’s on your decision!- Explore the world map.Seek and attack different Monsters and get precious prizes.
Empire:RiseofBattleShip 历史版本