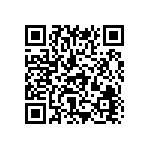 Fake Call can help you in an awkward situation.Fake call can increase the intimacy between you and your girlfriendFake call increase the fun between you and your friendsA fake call from the president to make you feel more faceYou can set up a fake call on a regular basisIf you hate a place and don't want to stay, setting up a fake call can make you leave quicklyYou can set up a specific recording for a fake phone to increase the credibility of the fake phoneSet up different call shows for fake phones to simulate real-world scenariosSet up different call tone for fake phone, you can quickly distinguish fake phoneIn fake phone games, you can simulate incoming calls. Disclaimer: fake phone games don't have a real caller feature-it's just a mock call. Characteristics: Set up fake calls. Set up a role, such as a fake phone call from the police. Change incoming call picture and number. Set up different call scenarios. Set an audio for the call
Fake Call 历史版本