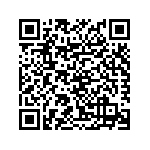 Sigan a Farruko en su App Oficial smarturl.it/FarrukoApp . Baja el App gratis de Farruko para escuchar un álbum completo de música. No requiere registro – solo instala y escucha esta canciones originales de Farruko:01.Ya Era Hora02.Dos Mundos Distintos03.Donde Es El Party04.Mirala05.Pa La Calle Sin Rumbo06.6 AM07.Si TSigues 08.Prendan Los Motores09.Donde Estas10.Hoy Se Bebe11.Poder12.PlakitoStay connected to Farruko on his official app.Do fun things:- Check out the in-app social feed for live updates and videos.- Boost your comments with Superstars, become a Top 3 Fan, and be seen by Farruko.- Join exciting contests for a chance to win amazing prizes like meeting Farruko, event tickets, and more…- Watch cool videos.- Get exclusive content like wallpapers and ringtones.- Follow Farruko on social media.- Listen to the FREE built-in playlist and add more songs from your personal library, Spotify and SoundCloud.Download the Farruko app now and #BeSeen!About FarrukoFarruko is a reggaeton and Latin pop singer from Puerto Rico. His given name is Carlos Efren Reyes, and he was born in Bayamon, Puerto Rico in 1991. At the age of 16, he began to post his songs under his stage name to MySpace. His first single, Sexo Fuera del Planeta, gained thousands of followers, and from there he explored the potential of other social media networks. Due to his massive success on the Internet, he came to the attention of Puerto Rican radio and music industry executives, who enlisted his vocal talents for other artists. Farruko's debut album, El Talento del Bloque, appeared when he was 18. It was released by Siente Music and distributed by Universal. Most of its 13 songs were self-penned. The set became an almost instant hit, and several singles followed from it. Some of the album's highlights included its collaborative tunes such as Su Hija Me Gusta with José Feliciano, Ella No Es Facil with Cosculluela, and Traime a Tu Amiga with Arcangel and Julio Voltio. He also issued the non-album smash Pa Romper la Discoteca with Daddy Yankee and Yomo. In 2012, he issued his sophomore offering, TMPR: The Most Powerful Rookie. Its first smash single was Feel the Rhythm (Siente el Ritmo), though it was one of five. As a whole, the set demonstrated that Farruko was as comfortable in electro and pop circles as he was in reggaeton; it was nominated for a Latin Grammy. After touring throughout Latin America and the United States and establishing large fan bases in locales such as Venezuela and Colombia, he returned to recording in 2014. Farruko Presenta los Menores was released in late October of that year. A week after its release, it topped the Latin Albums chart. Among the notable collaborations are Salgo with Arcangel, Ñengo Flow, D. Ozi, and Genio y Kelmitt; Bebe Conmigo with J. Balvin; and Interesada with Luigi 21+. He won the Premios Juventud for the song 6 AM with J. Balvin and Latin Grammy Awards for Best Urban Performance and Best Urban Song in 2015. In February of that year, he released Lejos de Aquí, a remix with Yandel. In June, he was Alejandra Guzman's surprise duet partner on her first urban single, Adios. In July, he issued the pre-release track Sunset (featuring Shaggy and Nicky Jam), which garnered the top spot on various Latin airplay charts.
Farruko 历史版本