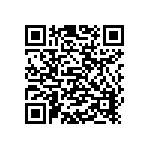 Let's Kill Jeff The Killer - Chapter 1 - The Asylum*** Added a New Level - Abandoned Hospital ***Have you ever tried to kill Jeff The Killer ?Do you have a wish to shoot him ?If the answer is YES, this this game is for you.- Jeff The Killer model with animations.- Similar to original game, but with weapons.- Two game modes, Knife and Gun mode.Kill or be killed!If you like Slenderman Must Die you gonna love this!You came to investigate strange happenings at the abandoned Asylum. There are rumors that Jeff the Killer is behind them.Find 8 photos of Jeff The Killer to prove his existenceand try getting out alive!Good Luck!
Let's Kill Jeff The Killer Ch1 历史版本