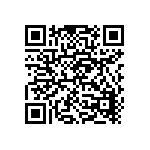 A magic war strategy RPG is here! It's time to become the maestro of battlefield!【Description】The evil undead awakes with dark power, and the Kingdom of Aurora is now facing the greatest crisis it has ever seen. You will be the one who defeats the darkness and saves the world. Wage epic wars and conquer the kingdoms, manage resources to raise your armies, and master combat strategy to choose right lineups. Fight alongside your allies for the ultimate glory!【Features】Recruit Legendary HeroesLevel up trustworthy Heroes to unlock stunning combat skills.Conquer the KingdomPlunder abundant resources within the magical land and dispatch troops to expand the territory.Master Combat StrategyForge new lineups and perfect your tactics to strike down the enemies.Build Your CastleConstruct and upgrade buildings for greater power and restore the glory of your kingdom.Unite Invincible ArmiesRally powerful warriors from multiple clans and build the best legions.Immerse in StorylinesFollow rich stories and witness the rise & fall of kingdoms.Follow Majesty & Conquest on Facebook: https://www.facebook.com/MajestyandConquest/
Majesty & Conquest 历史版本