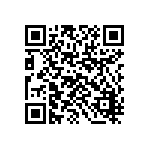 Jain Mantras | OFFLINE | HD Audio | Repeat | FREE | HD God imageChanting these Powerful Jain mantras will make your life more peaceful and will make you rich.Jainism traditionally known as Jain Dharma, is an ancient Indian religion belonging to the Śramaṇa tradition. The central tenet is non-violence and respect towards all living beings. The main religious premises of Jainism are ahimsa (non-violence), anekantavada (non-absolutism), aparigraha (non-possessiveness) and asceticism (frugality and abstinence). Followers of Jainism take five main vows: ahimsa (non-violence), satya (truth), asteya (not stealing), brahmacharya (celibacy or chastity), and aparigraha (non-attachment). These principles have impacted Jain culture in many ways, such as leading to a predominantly vegetarian lifestyle that avoids harm to animals and their life cycles.The word Jain derives from the Sanskrit word jina (conqueror). A human being who has conquered all inner passions such as attachment, desire, anger, pride, and greed is called Jina. Followers of the path practised and preached by the jinas are known as Jains. Jains trace their history through a succession of twenty-four teachers and revivers of the Jain path known as Tirthankaras. In the current era, this started with Rishabhanatha and concluded with Mahavira. Jains believe that Jainism is an eternal dharma. Parasparopagraho Jivanam (the function of souls is to help one another) is the motto of Jainism. Namokar Mantra is the most common and basic prayer in Jainism.[4]Jainism has two major ancient sub-traditions – Digambaras and Svetambaras, and several smaller sub-traditions that emerged in the 2nd millennium CE. The Digambaras and Svetambaras have different views on ascetic practices, gender and which Jain texts can be considered canonical. Jain mendicants are found in all Jain sub-traditions, with laypersons supporting the mendicants' spiritual pursuits with resources.Jainism has between four and five million followers with most Jains residing in India.[5] Outside India, some of the largest Jain communities are present in Canada, Europe, Kenya, the United Kingdom, Suriname, Fiji, and the United States. The two major sects of contemporary Jainism are Digambara and Śvētāmbara. Major Jain festivals include Paryushana and Daslakshana, Mahavir Jayanti, and Diwali.Ṇamōkāra mantra is the most significant mantra in Jainism. This is the first prayer recited by the Jains while meditating. The mantra is also variously referred to as the Pancha Namaskāra Mantra, Navakāra Mantra or Namaskāra Mantra. While reciting this mantra, the devotee bows with respect to the Panch Parameshti (the Supreme Five) in order of the sanctity of their souls:Those who have cleared their ghati (inimical) karmas (arihants)The fully liberated souls (siddhas)The spiritual leaders or Preceptors (acharyas)The teachers (upajjhayas)The monks or sages in the worldThere is no mention of any particular names of the gods or any specific person. Bhaktamar Stotra भक्तामर स्तोत्र Shri Vimalnath Bhagwan Mantra श्री विमलनाथ भगवन मंत्र Ratnakar pachisi रत्नाकर पचीसी Parasnath Chalisa पारसनाथ चालीसा Shree Jain Nakoda Bhairav Chalisa श्री जैन नाकोड़ा भैरव चालीसा Uvasagharam Stotra उवासघाराम स्तोत्र Padmavati mata jain stavan पद्मावती माता जैन स्तवन Namokar Mantra नमोकार मंत्र Digambaras and Sthānakavāsīs regard the first five lines as the main mantra. The following two lines are meant to explain the benefit of reciting the mantra.
Powerful Jain Mantras 历史版本