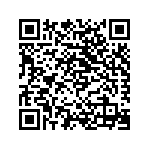 Roman Empire: Rise of RomeEstablish Roman Republic, conquer Italy, lead your republic to be Roman empire. It is a real time medieval war game! As the leader of a faction near Rome, you will capture a small city 'Rome' and there you will establish a senate and city republic. Naturally that is just the beginning of your fairytale. You will lead your people, city and senate to victories against the enemies of the Republic of Rome. At the beginning you will fight against Capua, Pompeii, and Veii city states. Later you need to stop an invasion of Gaul Tribes. This is the part of establishment of the Republic. Later you fight against a central italic country 'Samnites'. If you defeat The Samnite Republic, you will control central Italy. It is an important march to become an important power in Italian peninsula and central mediterranean sea zone.Of course, Roman Empire did not control central Italy only. You will fight against an ancient Albanian kingdom named 'Kıngdom of Epirus'. Their king Pyrrhus will arrive at Italy to stop the advance of Roman Republic upon the call of rival city states. You will have heavily costly 2 battles against King Pyrrhus. These wars named Pyrrhic wars. If you stand against Kingdom of Epirus you will capture south Italy, Gaul tribes begin invasions again from the north. There you go, war again! Gaul tribes came from north and invaded northern Italy and destabilized the Italian peninsula again. You will conquer northern Italy with 3 costly wars. If you complete the conquest of northern Italy, Real wars will begin... The Carthaginians! Carthage hold all big Islands and Northern Africa. You have to capture Sicily, Sardinia and Corsica one by one. Your last wars against Great General Hannibal of Carthage. Hannibal is father of Strategy. These wars will be really hard... Come on Leader, Firstly create republic and then lead the Romans to Empire!It is a real time strategy, medieval war game where you will fight all nations located in Italy of Medieval times. Take your sword and shield and lead your army.This is 3rd medieval battle game of Ladik Apps. The earlier ones are in play store named 'Medieval battle' and Medieval Times: Holy Land Wars. We will produce Ottoman war game, Roman conquest of Balkans and Greece, Roman conquest of Egypt. So Please follow us for future historical wars games. Features:* 10 different warriors.* 6 different nations. * 18 unique, 28 Total War* 18 Detailed battlefields for Historical battles* Different victory system(Sometimes, you will capture a town or city and sometimes you will destroy castles or military camps* Real Roman Soldiers and officers.Please contact us for any questions
RISE OF ROME 历史版本