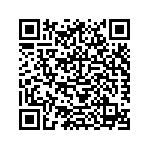 Foggy night, crazy animals, scary surrounding and you left the house to find out the concussions of the extreme mystery of a deadly murder. Two days back your neighbor moved out leaving some new scary neighbors behind. Their behavior left your suspicious as they some scary activities going on in the house. The guy had a fighting going on with his wife all the time and it was unstoppable. The neighbor is a fat scary guy and looks like strange but deadly but deadly murderer who used to sneak around in the town doing some curious activities. His always looked terrified as if her survival was not easy. She tried so many times to escape her crazy scary husband but the strange guy never let her escape for her survival. One day the crazy neighbor was found holding some scary weapon with blood on it. The little billy was playing in the park and he saw the strange and suspicious activity ran away and told his father about the sneaky mystery that the Murdered has done. Sneak Into the Neighbors House You have the responsibility of this scary mission. Knowing that he is a murderer and with some strange killing skills the scary neighbor has killed his wife. You have to save the rest of innocents in the town and not let them get killed just the way the neighbor murdered his wife in the seek of escape from the scary house. You have extreme bravo skills. Sneak into the crazy neighbor’s house carry out your fighting mission and show your escaping and defending skills. Prove the neighbor that you are a pro at solving the mystery murders, the whole scary environment doesn’t scare you. You are a going to catch the murderer with his strange actions and sneaky activities. He is going to get down in this mission Carry out Mission & Solve the murder Mystery <./b>The next thing you have to do is to sneak into the house of the murderer neighbor and plan an escape mission, save the town, Solve the missions, Plan the mission execution and catch the scary neighbor red handed. He has hidden some specific weapons and murder clues inside the house in some strange areas. Start your extreme scary mission and solve the mystery. There is no option of fighting the neighbor. He is a scary person and will not let you escape his wrath. The only option you have is to pick the mission, solve the mystery. Get all the strange clues, move around in the scary house but don’t let the neighbor see you. Remember you cannot be seen by the scary murdered. Let’s enter into his house but beware it is not an easy task. Crazy missions are there for you in each level. Beware of your neighbor presence. Don’t let the scary guy find you and kill you in your strange mission inside the house. Save yourself with a skillful escape as the crazy neighbor comes near you. Key Features : 1- Scary house 2- Mystery based mission, challenging levels3- Murder case Gameplay, scary graphics and terrifying sounds4- Smooth and Easy Controls!5- Interesting activities!6- Direction map and Hints!7- Addictive Gameplay
Scary Neighbour Strange House 历史版本