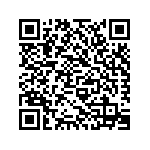 The description of Grand StickMan Vegas Mafia Crime Fight To Survive Grand StickMan Vegas Mafia Crime Fight To Survive is a grand city simulator in third person view (and FPS mode), where you drive a car or a motorbike / bike and become a real boss driver. Exciting gameplay: you are waiting for the most hotspots of criminality in Vega disctrict. You play is a mad future unknown hero / legend and whole city fears you. The style of city is similar to Miami, Andreas, London or Las Vegas but actualy it's New York. Become a chief on the streets of anti criminality in town. Grand StickMan Vegas Mafia Crime Fight To SurviveSave the city from the bad intentions of the underground world. Don’t kill the innocent people of the city while hunting down the bad guys. Dangerous times lies ahead! Will you be able to face it? Let’s begin the game and finish these law breakers..!Features:• Stunning 3D Graphics!• Interesting Scenarios!• Multiple Targets!• Exciting Sniping Missions!• Awesome Environment and Sound Effects!You have to cover yourself from the gangsters and kill them before they kill you. Make your strategies and work on it.
Stickman Mafia Crime 历史版本