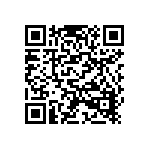 The first android application to play bughouse chess online!1) 1 game, 2 boards, 4 players, 2 teams;2) In each team one player uses white pieces, when another uses black ones;3) There is a time control;4) Team members have an ability to see position and time on both boards;5) Team members can communicate during game play for coordination of actions.Main principle of Team Chess (Bughouse chess):Captured figure may be passed to a partner in reserve;Figure can be put on the board from reserve instead of a normal move.We would like to say that we have a bot in the Telegram, which notifies you when new players online.https://telegram.me/teamchess_devChat, in which the players agree on a meeting time: https://telegram.me/teamchessTeam chess also known as Bughouse chess, Exchange chess, Siamese chess, Tandem chess, Transfer chess, Double bughouse, Cross chess, Swap chess or simply bughouse or bug.
TeamChess 历史版本