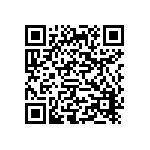 Race through a desolate maze and pass the ultimate test of survival!Navigate through the maze way path dodging deadly obstacles mainly the zombies! The Maze Adventure VR is a running game that puts you directly into the most dangerous places where no one goes. Just hold your breath and start the running in the maze for seeking the way out!Just imagine that you are lost in the maze and zombies invade… then what will you do…It will be entirely different experience when you wear Google Cardboard glasses or VR Headset and start searching for the way out.. How to set things:+ Start the game on your smartphone+ Put the Smartphone VR Glasses like 4DUD, Google Cardboard+ Align your phone in center + Check for blurriness... rotate lens for proper focus+ Wear your Google glasses and enjoy Maze Adventure VRMovement Controls:+ Look around to view the maze walls+ To move in the path just focus the path entrance … GamePlay:+ Be-aware of blood thirsty zombies + Run and search the exit door to complete the maze levelGame Features:+ Amazingly detailed 3D environments+ Easy controls just look and move through the maze path+ A unique virtual reality (VR) experience+ Dust particles in air which looks awesome in VR+ Compatible with virtual reality glasses such as 4DUD, Google Cardboard VR+ Developed for high end phones which have Gyro SensorThis demo is compatible with 4DUD VR Glasses, Google Cardboard, Durovis Dive, Vrase, Samsung Gear VR, Carl Zeiss VR one, Archos / Colorcross and other DIY Oculus Rift, HTC Vive or Microsoft Hololens etc.Caution: While using any VR headset, you need to hold on to something as it does take over your senses. It’s easy for someone to fall over.
The Maze Adventures VR 历史版本